Despite its ostensible focus on basketball, a sport I’m not even particularly a fan of, I’d definitely make the argument that Hoop Dreams isn’t just one of the best documentaries of recent decades but one of the greatest movies made about America, period. What began as what was supposed to be a half-hour film for PBS somehow sprawled into a three-hour movie that manages to touch on so many aspects of life through the prism of two teenage boys from inner-city Chicago with dreams of playing in the NBA. I am not alone in this assessment. At the height of their influence, Roger Ebert and Gene Siskel both not only picked Hoop Dreams as their favorite movie for 1994 (not exactly a down year for movies) but also championed the movie to the extent that the infamous snub of the movie resulted in reforms to the Best Documentary Oscar category.

The filmmakers followed William Gates and Arthur Agee, two inner-city African-American teenagers from the same neighborhood in Chicago, over the course of five years. Both are up and coming basketball stars recruited to attend St. Joseph’s, a catholic school out in the suburbs that requires a 90-minute commute each way. Initially, it seems like the store will be of the one kid, William, who realizes his dreams of big-time college basketball and possible NBA stardom, and the other kid, Arthur, for whom things go awry (during his first year at St. Joseph’s Arthur’s parents are unable to pay his tuition and he is forced to leave school, moving to a majority African-American public high school). But that is not at all the story, which is both much more unexpected and much more complicated than that. We spend time with the boys’ families, their coaches, with their friends, and in their schools, and if anything those three hours don’t seem like enough.

Arthur’s mother dreams of becoming a nurse while desperately trying to support her family on dwindling welfare payments. His father gets laid off from a series of jobs, becomes addicted to drugs, and goes to prison for burglary, while still trying to keep up a relationship with his family. William, meanwhile, has a tumultuous relationship with the local iconic coach, Gene Pingatore, who is the closest thing the movie has to a villain. He is the sort of guy who insists that one day the players will come back and thank him and realize that everything he’s doing is for their own good, but both we and William are left unsure. We also meet William’s mother, who always seems deeply depressed about everyone’s lot in life, and his older brother, who was supposed to be the best player of all but never quite made it. He now finds himself irrelevant and working crappy security jobs. Both Arthur’s father and William’s older brother clearly see the boys as vehicles for living out their own dashed dreams, while their mothers are far more concerned about them as human beings. Near the end, after Arthur’s mother ecstatically watches him graduate high school, she comments, “He made it to 18, so that’s pretty good.”

Looming over the movie is the system that churns up potential players and spits them out, a literal “meat market,” per one scout’s half-embarrassed description. Isaiah Thomas, an NBA star at the time who grew up in the same neighborhood as the boys and also went to St. Joseph’s, makes a brief appearance, as do several prominent college coaches, Dick Vitale, and even, very randomly, Spike Lee. The filmmakers also became deeply involved over the period of shooting to the point that at one time they started paying the Agees’ power bill to keep the lights on. Normally this would be a documentary no-no, but the filmmakers decided that they were already exploiting these people by making movie and so they would help them however they could. Director Steve James delivers occasional flat-voiced narration, and can be heard interviewing the boys from off screen a few times, but he also lets the editing do the talking, often doing wordless smash cuts between the worlds of the two boys that tell us far more than any narration could. 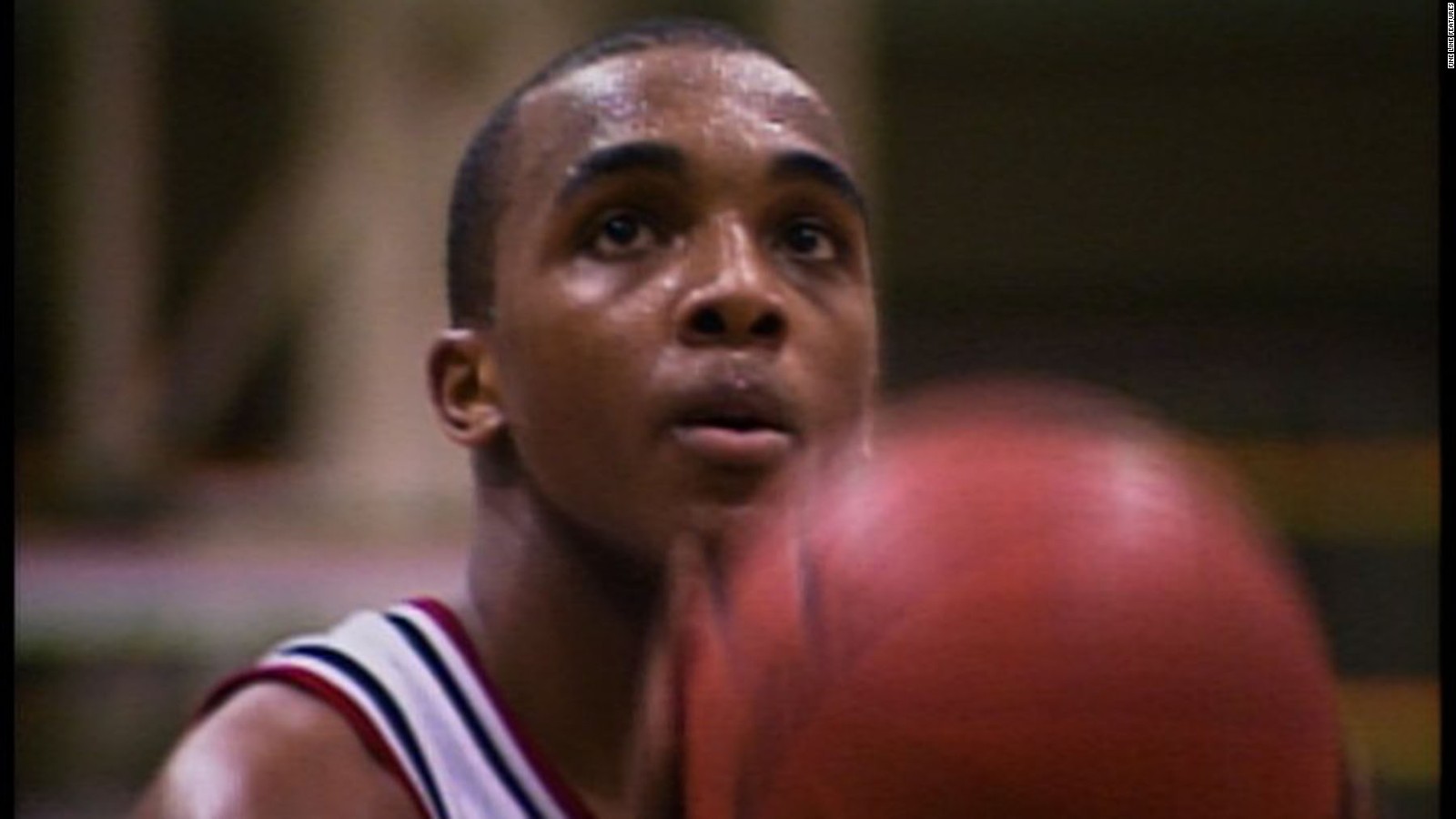 I think that there are times when talking about Hoop Dreams where it can start to feel like we’re describing homework, about broken American systems, but I have to tell you it really, really isn’t. As Roger Ebert said at the time, it is full of twists and turns that would be unbelievable in a fictional film but we buy in a documentary. We watch multiple games that are genuinely thrilling, and the relationships between the various characters are universally compelling, moreso than you’d see in any fictional sports film. And if it seems long, I have to emphasize it really does fly by.

With the help of persistent championing from Ebert and Siskel, Hoop Dreams became the highest-grossing documentary at the American box office up to this time. It was so much a part of the zeitgeist that many thought it would not only win the Best Documentary Oscar, but might become the first documentary to receive a Best Picture nomination. It might have come close to the latter (as evidenced by a well-deserved nomination in the Film Editing category), but was not even nominated in the Best Documentary category, leading to an outcry. The system at that time required all voters for the category to attend in-person screenings, at which they all became buddy-buddy and voted for each other’s movies. There was also a system that had developed where, to save time, attendees at these screenings would shine flashlights on the screen when they thought the movie was too boring, and when a majority were showing their flashlights the film would be shut off. Hoop Dreams had reportedly lasted 20 minutes. This scandal resulted in extensive reforms to how the category worked. 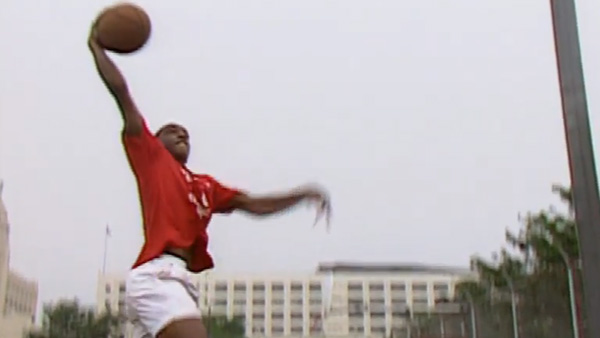 It is less a spoiler and more the point of the movie that neither of these kids ever made the NBA. William, in fact, went on to direct his own unofficial sequel (which included Patrick Beverley, who would in fact end up in the NBA) called Hoop Reality. There have been a couple of rumblings over the years of doing fictional TV series based on the movie, an idea that strikes me as pretty pointless. James has gone onto a successful career as a documentarian but never duplicated the massive success of Hoop Dreams. He returned to similar material a few times, including a very good ESPN 30 for 30 documentary I remember watching called No Crossover: The Trial of Allen Iverson, about a brawl Iverson allegedly participated in as a high school basketball star and the strife and division subsequent investigations caused in his native Virginia Beach. He also directed a feature documentary about Ebert’s life, Life Itself, likely because of the aftermath of Hoop Dreams.

One thing I think I’ve learned about documentaries is that the ones I like the best tend to feel like their ostensible subjects are there as a sort of veneer on deeper truths. Certainly Hoop Dreams is that way. The famous Up series, following a series of British children in the same classroom over the decades as they grow up, is this way, as is the best of Errol Morris, like Gates of Heaven. I’d also recommend one recent film that might not grab you just from the premise, Honeyland, which follows an old woman cultivating traditional honey in what is now called “North Macedonia,” and her interactions with the world at large. I seriously might pick it as my favorite movie of 2019.