The thing that throws people about The Silence of the Lambs is that it is such an intense, highbrow version of material that is often considered, especially 30 years ago, to be very lowbrow. Numerous famous actors were approached and either refused or dropped out, because they were nervous about the material. One wonders how many of those people ended up regretting their choices when both lead actors, Jodie Foster as trainee FBI agent Clarice Starling and Anthony Hopkins as the incarcerated serial killer, Hannibal Lecter, won Oscars for probably the most memorable performances of their career. But it is one of those movies where the basic description of the story does not do justice to the final material. One need look no further to see how much performances and direction can bring to a basic story.

The Silence of the Lambs is no longer really shocking, given how much of TV is taken up by brutal murders and serial killers, but is such a good version of brutal murders and serial killers that it still breaks through, even today. The basic story is about Foster’s Agent Starling getting drawn into the investigation of a serial killer named “Buffalo Bill” (Ted Levine), who is kidnapping girls for the purpose of removing parts of their skins. Foster’s boss (Scott Glenn) sends her to visit Lecter, a former psychologist known for eating his victims, in the hopes of gaining insight to catch Bill. Foster and Hopkins have a famous series of one-on-one scenes, which are really the heart of the movie and what everyone remembers from it. Lecter is carted out to Memphis at one point, wearing an iconic straight jacket and mask, and the whole thing ends with an incredibly tense climax in the serial killer’s basement.

This is by far the most-watched and best-known film today from influential director Jonathan Demme (Paul Thomas Anderson once said the three directors he had learned the most from were “Demme, Demme, and Demme”), himself a protege of Schlock King Roger Corman (who appears in a cameo as the Director of the FBI). I was struck on this viewing by the sheer amount of this movie shot in very specific sort of close-up, with the characters staring directly into the camera. Demme uses this throughout the scenes between Starling and Lecter, but on this viewing I was struck by how much of the rest of the movie is shot that way, too. There’s an intimacy that puts us right in there with the characters, and it’s really what makes the movie more than anything else.

Foster is pitch-perfect as Starling, but it was Hopkins’ performance as Lecter, completely controlled with brutality barely concealed underneath, that became known to everyone in the culture. Hopkins is reported to have called it “the best part I’ve ever read,” upon reading the script, which was news to all the actors that turned it down. His influences for Lecter’s famous creepy, patrician line deliveries apparently included HAL from 2001: A Space Odyssey, Katherine Hepburn, and Truman Capote. Hopkins, a respected Welsh Shakespearean actor, had some parts before this in Hollywood movies, but was brought to a new level of stardom by this part that, at one point in the mid-90s, made him the highest paid British actor. In fact, Hopkins is on-screen for only 24 minutes of the movie, the second shortest performance for any Best Actor Winner (after David Niven in 1959’s Separate Tables), but the character’s presence looms large over the movie. 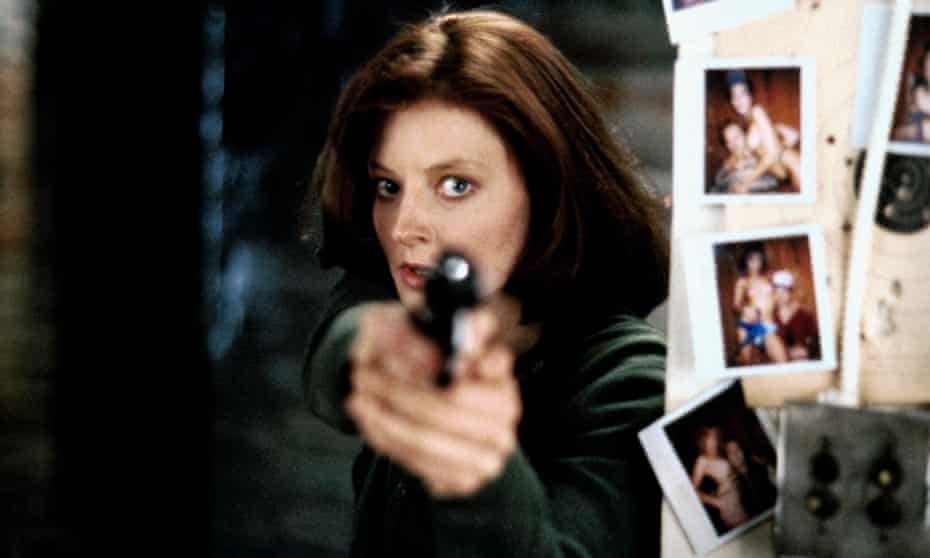 The Silence of the Lambs became the third (and most recent to date) movie to win all of the “Top Five” Oscars (Picture, Director, Actor, Actress, and Screenplay), but even at the time its success was not without controversy. GLAAD protested outside the Oscar ceremony that year against the film’s portrayal of Buffalo Bill as a transvestite cutting off the skins of women to make himself a “woman suit.” On the one hand, the movie has a whole scene where Lecter explains that Bill is not a “real” transsexual, though what that means in context is not clear. On the other hand, it’s not a great look considering that it’s not as if there were a lot of other portrayals of trans people floating around American media at the time. There’s really one really dumb scene where Bill, ignoring the screams of the girl he’s kidnapped (Brooke Smith), tucks himself between his legs and looks at himself in the mirror. After the movie’s Oscar success, feminist writer Betty Friedan said that, while she admitted the movie was “an artistic triumph,” she didn’t like that a movie about women being “skinned alive” could win Best Picture.

And maybe there’s something to that, because The Silence of the Lambs did not open the floodgates for other thrillers or horror films to win big at the Oscars, perhaps because very few of them are this good. There are a couple of sequences that are so high-tension, so creepy, and it’s all in the way the material is presented. At the end, when we’re seeing through Bill’s night vision goggles, we see Foster but we know she can’t see him, and his hand reaches out and almost touches her hair… I know it has some, you know, problematic aspects, but it’s so good you guys. Hopkins would reprise the character in two sequels, Hannibal and Red Dragon (with Julianne Moore replacing Foster in the part of Agent Starling in the former), based on other Thomas Harris novels, and the franchise has lived on beyond that. CBS recently debuted its new Clarice series, following Starling’s career as an FBI agent. This was not even the first TV series based on the movie, but its influence on subsequent TV shows involving murders and serial killers goes well beyond that. The Silence of the Lambs has spawned many imitators, but few are nearly as effective at the same things as this movie.