La Noire de… is a fairly rare artifact, a depiction of colonization from the perspective of the colonized, that gained at least some traction and distribution in places like Western Europe. It is also seen by some as the “genesis of sub-Saharan African filmmaking.” One source I found called it the first feature film ever released from a sub-Saharan director, though I couldn’t verify that anywhere. I’m also not 100% sure it counts as a “feature film,” given that it’s slightly under an hour in length. Even beyond that, it feels in plot more like a short film. There aren’t a lot of different story strands here.

The Anglicization of the title is usually given as Black Girl, though the translation is probably closer to “The Black Girl From…” The main character, Diouane (Mbissine Therese Diop), is a young woman from Dakar, the capital of Senegal. The story starts with her arrival in the French Riviera, to work for a local White family. She thinks she’s there as a nanny, but the kids are nowhere to be found. She spends her time cooking and cleaning, seemingly without complaint, but we can hear her increasingly distraught internal monologue. 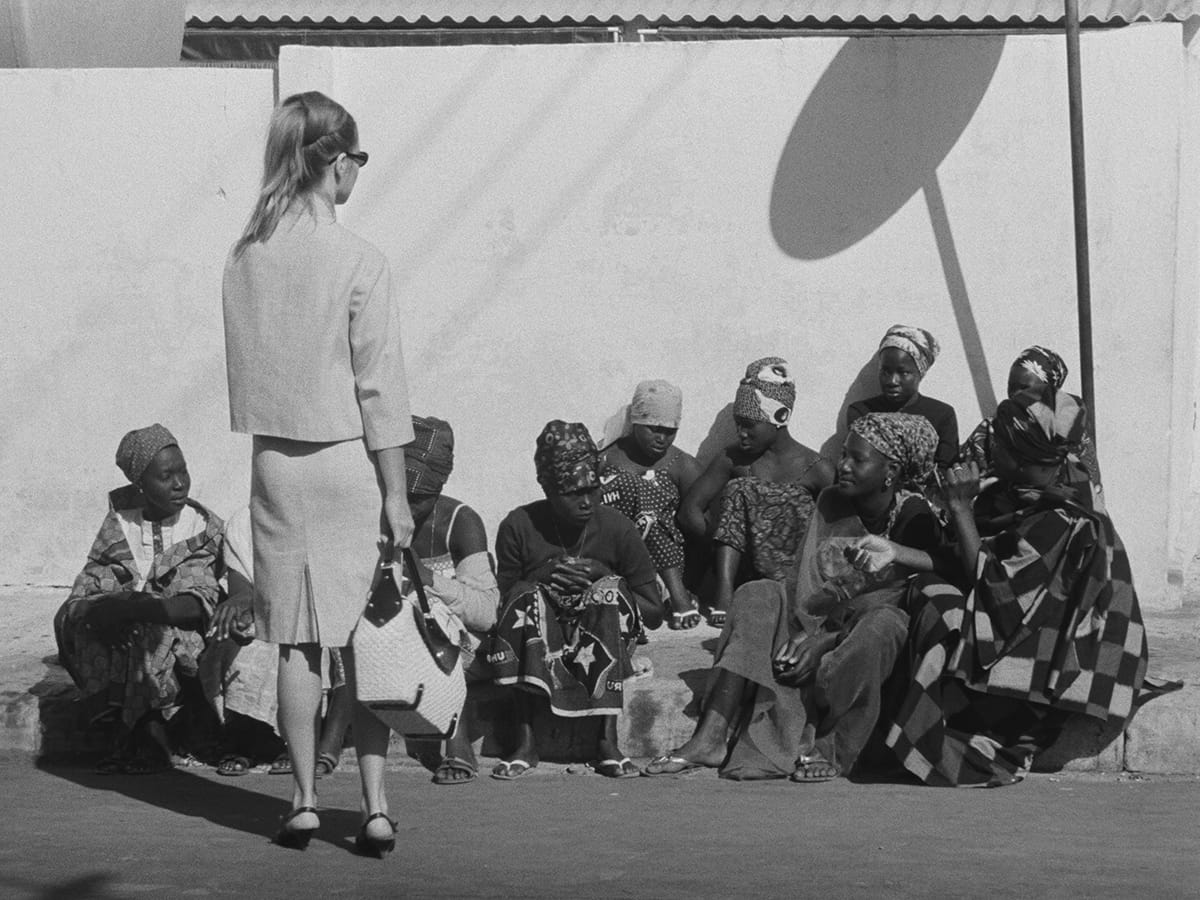 The movie cuts back to her in Senegal when she first gets a job with the family. “Madame” (Anne-Marie Jelinek) finds her with several other women, sitting on a street corner, waiting for work, like Mexican roofers waiting in the parking lot of Home Depot. When Diouane gets the job, she dances around her mother in a circle, singing, “I got a job with White folks!” She enjoys taking care of their kids. She gives them a traditional African mask in thanks. They invite her back to France with them. She tells her boyfriend (Momar Nar Sene) that she’ll “see the sights” and live a lavish lifestyle in France. He seems nonplussed.

But in fact, all of France that Diouane sees is these people’s apartment. The kids do eventually show up, but that does not improve things. Diouane finds that “Madame” is much meaner to her in France than she was in Senegal.  She is asked to cook rice for a dinner party, which she tells us she makes “not spicy at all,” but all the White people find it very spicy. One of the guests, an old man, kisses her, saying happily that he’s “never kissed a Black girl before.” She is not thrilled.

In the end, things escalate after “Madame” won’t let Diouane sleep or go to the bathroom instead of making breakfast. Diouane and her get into a tug-of-war over the mask, after Diouane announces is still hers. The patriarch of the family (Robert Fontaine, who was an acting teacher in Dakar whose students included Diop) announces that a letter has arrived for Diouane, which he reads (she can’t read or write). He says her mother is writing to her from Senegal, wondering why she hasn’t sent her any money. Her voiceover tells us she doesn’t believe the letter is from her mother. Diouane then goes to the family bathroom and kills herself by slitting her own throat. In the final sequence, the father goes back to Senegal, to return the mask to Diouane’s mother and give her some money. She refuses, insulted. The father is then chased down the street, looking over his shoulder increasingly furtively, as a young boy wearing the mask follows him. 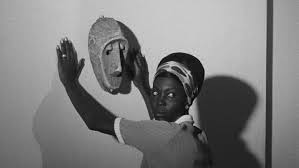 One might ask what all this has to do with, well, anything. On the surface, it is of course a story played out over and over between old colonies and their “parent” countries all over the world. In the more general sense, it is a fairly clear metaphor for the overall relationships between these peoples, whether between France and Senegal specifically or between White and Black people generally. In the final scene, the White man is running away from the overwhelming guilt of his past, represented by the boy in the traditional African mask.

Ousmane Sembene was about as successful as a writer could be in Senegal before he decided to move into film work with this movie. He was only able to get funding to make the film in French, though in reality it is unlikely to have been the primary language his African characters would have spoken with each other at the time. Though only about 55 minutes long, La Noire de… became the first sub-Saharan African film to really gain any traction outside of its home country. The success of the film was such that it allowed Sembene to make his next movie and other subsequent movies in his actual native language, Wolof. He is credited today with being the founder of the modern African film industry. 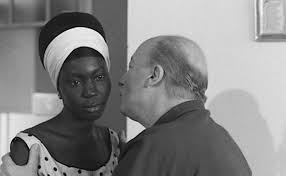 To me what makes the movie so interesting is the way it depicts the nature of racism. Nobody yells racial slurs at Diouane, or tells her she can’t go anywhere, or throws away glasses after she drinks from them like Viggo Mortenson in Green Book. The people today who seem to think that the 1960s “solved” racism and minorities today are just being lazy whiners would, I would suspect, not find any racism in this movie. Instead, “Madame” just doesn’t treat Diouane like a human. She treats her almost exactly the way I treat my robot vacuum, except I think I’m nicer to my robot vacuum. Outwardly, Diouane spends most of the film taking this stoically on the outside, but on the inside she’s torn apart because she’s a real person with real hopes and dreams. When we treat people like disposable machines, are we really any better than a Southern sheriff spraying protestors with high-pressure hoses?

Senegal had only gained its independence from France in 1960, six years prior to this movie’s release. It does feel like a document from a very specific time and place. One of the White characters even complains that the Senegalese “have lost a certain natural feeling since they gained independence.” Whatever that means. One brief word on the movie’s star, Mbissine Therese Diop, whose great performance is most of the reason the movie works. Though trained as an actress in Dakar, she has spent most of her life working as a seamstress and “parachutist,” which I think from context means making parachutes rather than using them. She recently made an on-screen comeback in the Netflix film Cuties, also about African immigrants in France.