Psycho is a little, weird, horror movie, produced by Alfred Hitchcock on a low budget using the crew from his TV show. It also the sort of movie that book after book has been written about, one of maybe five that they make the students watch in pretty much every American film class. Some of this is a result of the fact that the movie is almost perfect at what it’s trying to do. It feels like a magic trick, and there is a BIG twist halfway through, when you realize you aren’t watching the movie you thought you were watching. Yet it is somehow infinitely rewatchable. In 2017 a full-length documentary studying a single scene of this movie (the famous sequence with Janet Leigh’s character, Marion Crane, in the shower) netted interviews with such luminaries as Guillermo Del Toro, Jamie Lee Curtis, Eli Roth, Peter Bogdanovich, Danny Elfman, and Elijah Wood.

Hitchcock took on this project after he felt he had taken blockbusters as far as he could in the previous year’s North by Northwest, and shot in black-and-white both because it was cheaper and because he worried about the audience’s reaction if all of the blood in the shower scene was actually red. In the process, he basically invented the modern slasher movie. House on Haunted Hill was a hit horror movie only a few years before this, and typifies the sort of cheesy schlock with which horror was often associated. Most master directors weren’t troubling themselves with thrillers before Hitchcock. 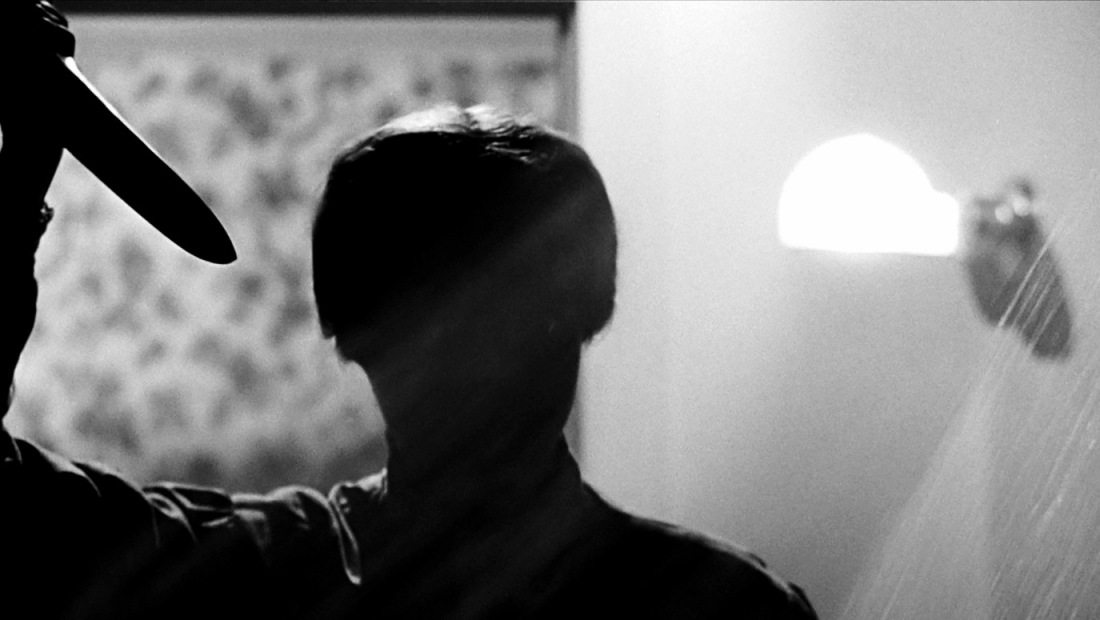 The twists of Psycho’s deeply pulpy plot are well known today, even among those who’ve never actually sat down and watched the movie. Janet Leigh, a big star at the time, plays Marion Crane, who decides to steal a $40,000 cash down payment from a real estate office where she works, then flees to meet her sister (Vera Miles) in California. Exhausted and in a rainstorm, she stops at the rundown, mostly empty Bates Motel, where she meets the seemingly friendly, but shy, proprietor Norman Bates (Anthony Perkins). She overhears him being berated by his overbearing mother, who’s worried about other women stealing him. Then (massive sixty-year-old spoilers incoming) she is stabbed to death by a shadowy figure in women’s clothing while she takes a shower.

The movie’s killing off of its apparent main character with an hour left in the movie is the stuff of legend, and central to its basic “magic trick.” Within only a few minutes, our sympathies shift to Norman, as he tries to clean up after the murder and cover up what’s happened. He puts Marion’s body in the trunk of her car and sinks it in a nearby pond. For a brief moment, the car stops sinking, and we wonder if it will finish. In that moment, the audience is meant to be worried for Norman, whether his cover up will work, with its sympathies shifted over completely from the lady actually in the trunk. The movie soon provides us with another protagonist, a private investigator (Martin Balsam) hired by the sister to investigate Marion’s whereabouts, but he is also killed, stabbed to death at the top of the stairs and falling to his doom in another great cinematic moment. Marion’s sister Lila and Marion’s lover and co-conspirator Sam (John Gavin) then investigate themselves, discovering the movie’s final big revelation, the dead body of Norman’s mother in the basement. He has been taking on her persona and murdering people, as explained at length by a psychiatrist (Simon Oakland) in a coda that most modern audiences find entirely unnecessary. I have a feeling it played differently in a time when Criminal Minds wasn’t popular after-dinner viewing. 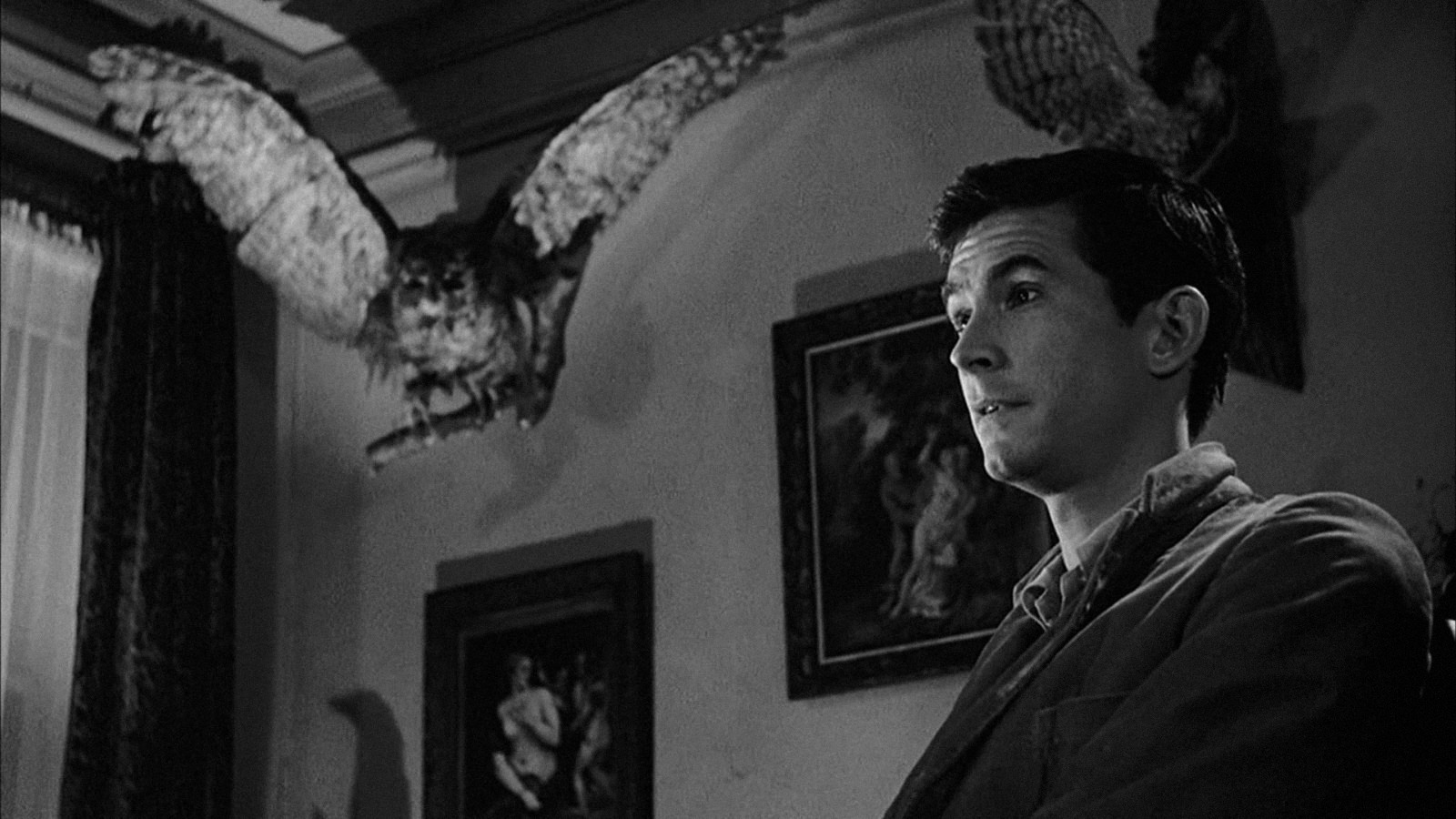 Other than that bit, Psycho feels very much like a modern-day movie that happens to be in black and white. So much so, in fact, that many bits of this movie that modern viewers might not notice turned plenty of heads at the time. This movie came out at a time when the Production Code was still the general rule, but basically ignored it. The opening scene with Leigh and Gavin, whose characters aren’t married, lounging about a hotel room bed in their underwear came at a time when married couples still sometimes had separate beds on screen. Even weirder, the scene where Leigh rips up an incriminating piece of paper and flushes it down her hotel room toilet is the first time, as far as anyone can tell, a toilet flushing was shown on screen in a major movie. Most movies were still, bizarrely, omitting toilets from bathrooms altogether. These concerns seem quaint to us today but were very real in 1960 Hollywood.

In pure filmmaking terms, the “shower scene” is justly celebrated. Many viewers insisted they could see Leigh being stabbed, but Hitchcock shows no such thing, it’s all an illusion created with cutting and sound effects. He used an insane 77 separate camera angles in 45 seconds, creating an impression of a murder of a naked lady without actually showing any stabbing or nudity. The blood in the scene, seen swirling almost abstractly down the shower drain, is chocolate syrup, and the sound effects involve melons being stabbed. A big part of the overall impression is the frantic, panicking violins on the score by composer Bernard Herrmann. Few bits of film music have been quite so imitated or influential.

Psycho spawned several sequels, two different TV series titled Bates Motel, and even a somewhat bizarre shot-for-shot remake in 1998 by director Gus Van Sant, with Anne Heche in the Janet Leigh role. Perhaps more relevantly to pop culture as a whole, it is likely that an entire fleet of movies from Halloween to Scream would not exist if that initial butcher knife in the bathroom. From a pure structural perspective, Psycho seems sort of insane, and yet it works really well. I’m not breaking new ground here by saying that if you are into movies, you should probably watch it. It won’t be a chore, I promise.