Snow White and the Seven Dwarfs was not technically the first animated feature film, but it was the first animated movie anybody involved in it seems to have known about, and the first in the line of movies leading down through the years all the way to the Boss Baby sequel. Does that make it a great movie, the best animated movie? I would say pretty definitely not, but don’t tell that to the people who vote for lists and stuff. Anyway, while it is certainly still enjoyable in a broad sense. Snow White may feel weird to us today in a way that even its immediate successors, like Bambi or Pinocchio, don’t necessarily. Large stretches of this movie are just weird little funny bits of business involving random cute animals. Like ten minutes of an 80 minute movie are devoted to the dwarfs washing themselves so Snow White will let them eat dinner.

Yet I would say Snow White derives its reputation primarily from the fact that it felt like a miracle that it ever existed at all. No one in Hollywood thought a full-length animated movie would work, and they thought Walt Disney was nuts for trying it. He poured so much money into the thing that he had to mortgage his house. Then the film premiered to one of the most rapturous receptions in the history of the movies. Nobody had ever seen anything remotely like it before. And unlike today’s animated movies, every single frame of this thing is hand drawn and painted. The red splotches in the cheeks of both Snow White and the Evil Queen were put into every frame with super tiny paint brushes by one lady, and then the effect was never used again because she left the company and Disney could never find anyone else who could do it.

There are a few sequences in Snow White that really capture my imagination when I watch it today. The bit where the Evil Queen (voiced by Lucille La Verne) transforms herself into using crazy, scary magic still works 100%. It also feels like a movie from before Disney had realized they had to cut out some of the scarier bits of Brothers Grimm stories for kids. There’s a whole bit about Snow White literally getting her heart cut out. And they’re very specific that the whole point of the Evil Queen’s scheme to put Snow White to sleep with a poison apple is so the dwarfs will think she’s dead and bury her alive.

Today we think of the Disney media empire, which has slowly grown its tentacles into everything from theme parks to superhero franchises, as having started with Mickey Mouse. Of course that is true to an extent, but really Disney’s bread and butter for most of the 20th Century was not the Mickeys and Donalds of the world, but rather its big feature animation, a series kicked off singled-handedly by Snow White. This achievement probably stands out more than anything specific about the movie itself. Not only are the various characters from this movie mainstays even today at Disney theme parks, they have inspired numerous other properties, both Disney and otherwise. The character of Snow White, originally voiced by Adriana Caselotti, has since been played in various live action incarnations by Kristen Stewart, Lily Collins, Ginnifer Goodwin, Amanda Bynes (kind of), Kristin Kreuk, Camryn Manheim, Elizabeth McGovern, Sarah Patterson, Eliza Bennett, Shanley Caswell, Stephanie Bennett, Carol Heiss, and Lauren Parkinson (crazily, this list is non-exhaustive). And because all Disney animated movies must now have live-action versions because it’s basically free money, they have one in development for this one, too, with Rachel Zegler (making her movie debut later this year as Maria in Steven Spielberg’s West Side Story) as “the Fairest in the All the Land.” 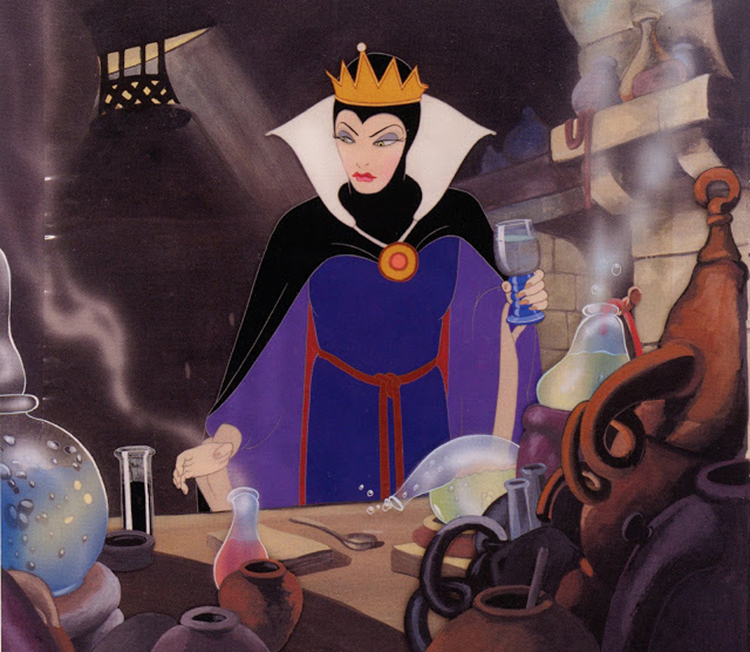 This ubiquity is perhaps strange given that Snow White herself is barely a character. Her defining traits are being pretty, being naive, general optimism, making dwarfs wash their hands, and the ability to talk to animals. Watching this movie, it’s not 100% clear that this isn’t just a universe where everyone can talk to animals, though since then it has developed into something of Snow’s personal super power. Actually, there were apparently originally scenes, which were animated and everything, explaining why the Prince (voiced by Harry Stockwell) doesn’t show up and save her right away, in which he goes the wrong way because the animals try to give him directions and he doesn’t understand.

The reason this essay is more about the “significance” of Snow White and the Seven Dwarfs than about the movie itself is, well, the movie is just so slight. There are songs people remember, but I think that is likely based more on familiarity than quality. Yet as a landmark in movie history, it is a major turning point. It is also a landmark here on Movie Valhalla, because this is the 99th movie in the 2007 AFI 100 List to feature here. Originally that was how the site started, because I was watching everything from the AFI 100. Obviously, we have since moved well beyond there, and even if I were to manage to post every day (which I’m not going to), we have many years’ worth of movies I’d still love to go through. The last of the 100, by the way, is the most recent: The Lord of the Rings: The Fellowship of the Ring, from 2001, which also has dwarves but uses the different spelling that Tolkien popularized. Given our 20 year rule, and my plans to continue with the site, I see no particular reason not to wait until January to finish off the list. In the meantime, we have lots of fun planned.