When somebody gets mad about the way movies have changed to become “too political,” all it really tells me is they don’t remember what the older movies are actually like. Even the silliest movies generally have more there there, even if they can be enjoyed without much thought. And they don’t get much sillier than My Man Godfrey, which lets a bunch of rich people bounce wildly off each other while their butler looks sardonic. When it’s suggested the mansion is like an insane asylum, someone notes that “all you need to start an insane asylum is an empty room and the right kind of people.” Yet My Man Godfrey is actually steeped in the politics of the time it came out in, the midst of the Great Depression. Early on, in an encampment in the city dump, someone tells Godfrey (William Powell) that “prosperity is right around the corner.” “I wish I knew which corner, it’s been a while,” he replies. Those watching this movie in 1936 would immediately have recognized “Prosperity Is Right Around the Corner” as a slogan of President Herbert Hoover, the “Make America Great Again” of its day. This was not subtle.

However, the enduring appeal of My Man Godfrey remains its abundant zaniness. Its basic premise involves rich girl Carole Lombard, at the height of her charisma, finding William Powell’s Godfrey in a Depression-era Shantytown as part of a scavenger hunt task to find “a forgotten man” (“A scavenger hunt is a lot like a treasure hunt, except in a treasure hunt you find something everybody wants, and in a scavenger hunt you find something nobody wants.”). He gives a scathing speech to the assembled upper class participating in the scavenger hunt, and Lombard takes a liking to him. She hires him as her family’s butler, and he finds that, despite her craziness, she is the normal one in the family. Of course the two of them engage in an unlikely romance before the end of the movie. 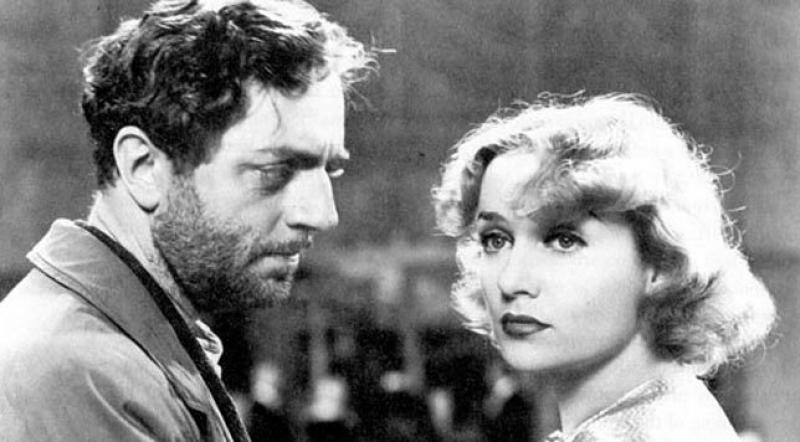 Lombard is youthful and incredibly beautiful here, while Powell primarily comes off as an acerbic, world-weary middle-aged man, more the Paul Giamatti of his day than the Brad Pitt. He was, in fact, 14 years older than her. But somehow their romance works, perhaps because they had previously been a romantic couple in real life. They were estranged by the time of this movie, but Powell recommended Lombard for the film anyway, knowing she would be perfect for the part, and the actors apparently got along perfectly well on set. Meanwhile director Gregory La Cava, always something of a maverick within the studio system, antagonized both of them. He and Powell got into many arguments about how Godfrey should be portrayed, which the story goes they eventually settled one evening over a bottle of scotch. The next morning Powell failed to appear on set and La Cava feared the worst until he received a telegram from a hungover Powell reading, “WE MAY HAVE FOUND GODFREY LAST NIGHT BUT WE LOST POWELL. SEE YOU TOMORROW.”

Lombard, in her part as a rich socialite, got to wear some of the more expensive gowns that had ever been portrayed on film. It says something about the sly sensibility of this movie that we first see her wearing them in a dump surrounded by homeless people. The rest of the cast does an admirable job of filling out what is probably one of the screwiest of screwball comedies. Particularly memorable is character actor Mischa Auer as “Carlo,” the vaguely foreign “protege” (kept boy?) of Lombard’s mother (Alice Brady, who would win an Oscar the next year for playing a fictionalized Mrs. O’Leary in In Old Chicago). Carlo reaches a new nadir of on-screen self-awareness, screaming lines like “Money! Money! Money! The Frankenstein’s Monster that destroys men’s souls!” 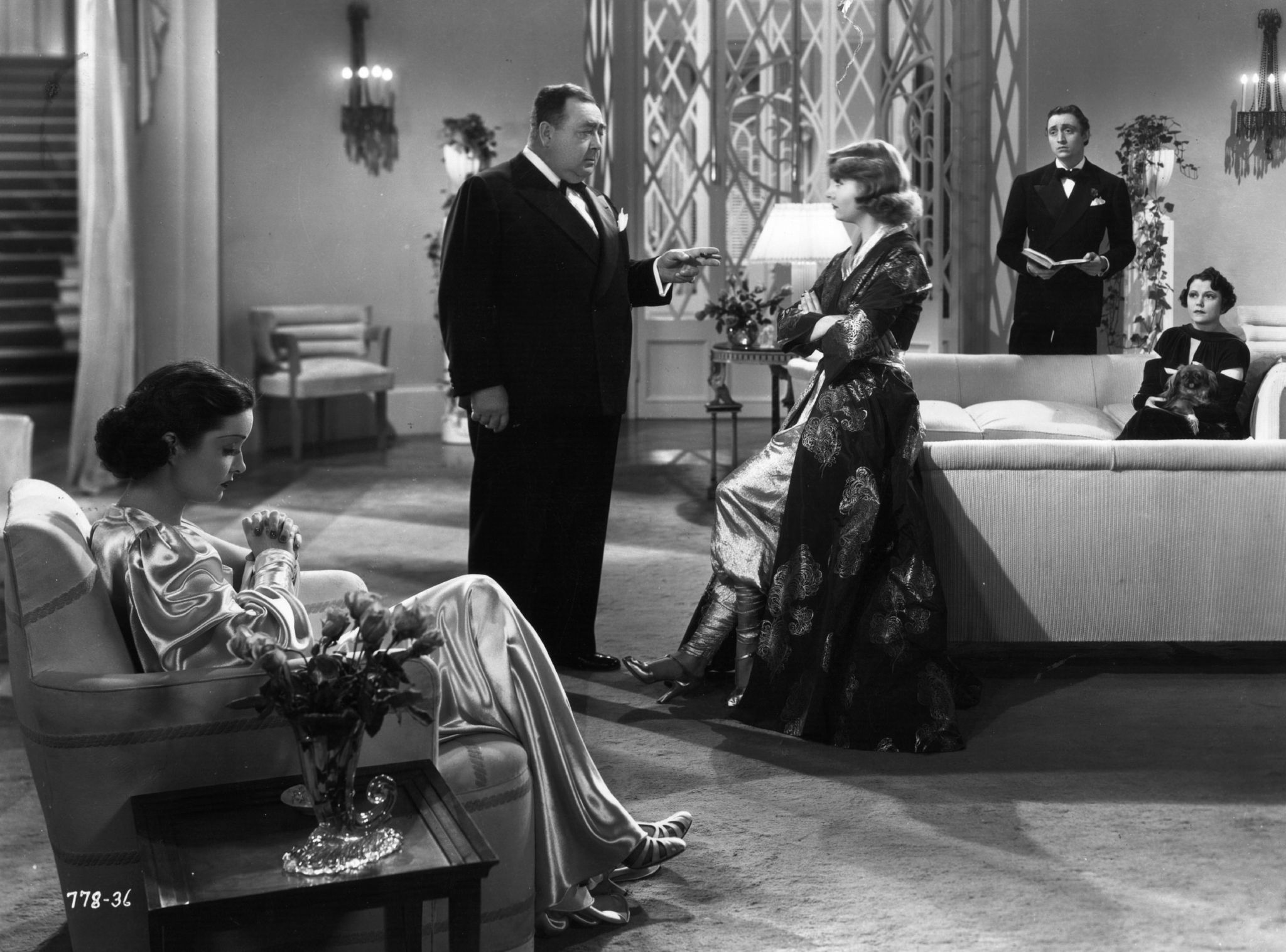 La Cava deftly weaves together a vaguely Capra-esque sensibility with rapid-fire dialogue and cynicism that would certainly be out of place in a Capra film. Godfrey is definitely his most-watched film today, though he had been directing since the very early days of silent cinema. He had a reputation for hard-headed perfectionism, at a time when studios had no patience for what would later be referred to as auteurs. This kept him off some of the higher-profile studio projects during his career. On the Godfrey set he was particularly driven batty by Lombard’s tendency to insert certain four-letter words into her dialogue when she felt she’d flubbed a take, which ensured the footage couldn’t be used in the movie if she didn’t like it. This led to My Man Godfrey having some of the more famous old movie blooper reels, which you can still find today.

My Man Godfrey may have had the class dynamics of the Great Depression its mind, but it is not as if class conflict is entirely a thing of the past. And certainly the comedy in the movie completely holds up. We’ve been vaguely rewatching Arrested Development in our house of late, and I think the similarities of a family of rich people completely out of touch with reality resonate even in this 85 year old movie. We plebs have always been up to watch rich people be taken down a few pegs, and rarely has this been done with more panache than in My Man Godfrey.