First of all, welcome to our Y2K Virtual Film Festival. Our rules here at the site have us only cover movies that are at least 20 years old, and with the new year we have a new crop of movies that qualify: movies from the year 2000. We’ll spend this week watching movies from the turn of the Millennium, back in a simpler time. As movie years go, it wasn’t exactly an all-time classic (the leading movie of the year at the US Box Office was How the Grinch Stole Christmas, and the top five also included Meet the Parents and The Perfect Storm), but every year has plenty of great films to pick from, and 2000 was no exception. Today, we’re starting with Almost Famous, which is probably the movie from that year that I’ve seen the greatest number of times since.

I first saw Almost Famous in a theater at age 16, at a time when I loved rock music and wanted to be a journalist, and found myself swept away with it. My mother went to see it with me, and for her part told me repeatedly how much she loved Frances McDormand’s character and performance. Which says a lot about the relationship between my mother and I, I think. I also understood the somewhat rosy, almost neutered (considering how much sex is talked about in this movie) view of the 1973 rock scene it depicts. If writer/director Cameron Crowe is looking at his own past here, as seems to be mostly the case, he’s looking at it through glasses with such a heavy rose tint that they’re hard to see through. No self-respecting 1973 rock band would have engaged in a heartfelt singalong of “Tiny Dancer” on their tour bus. And yet there are so many great details in Almost Famous, so many great scenes, it’s easy to forgive the movie for its foibles. 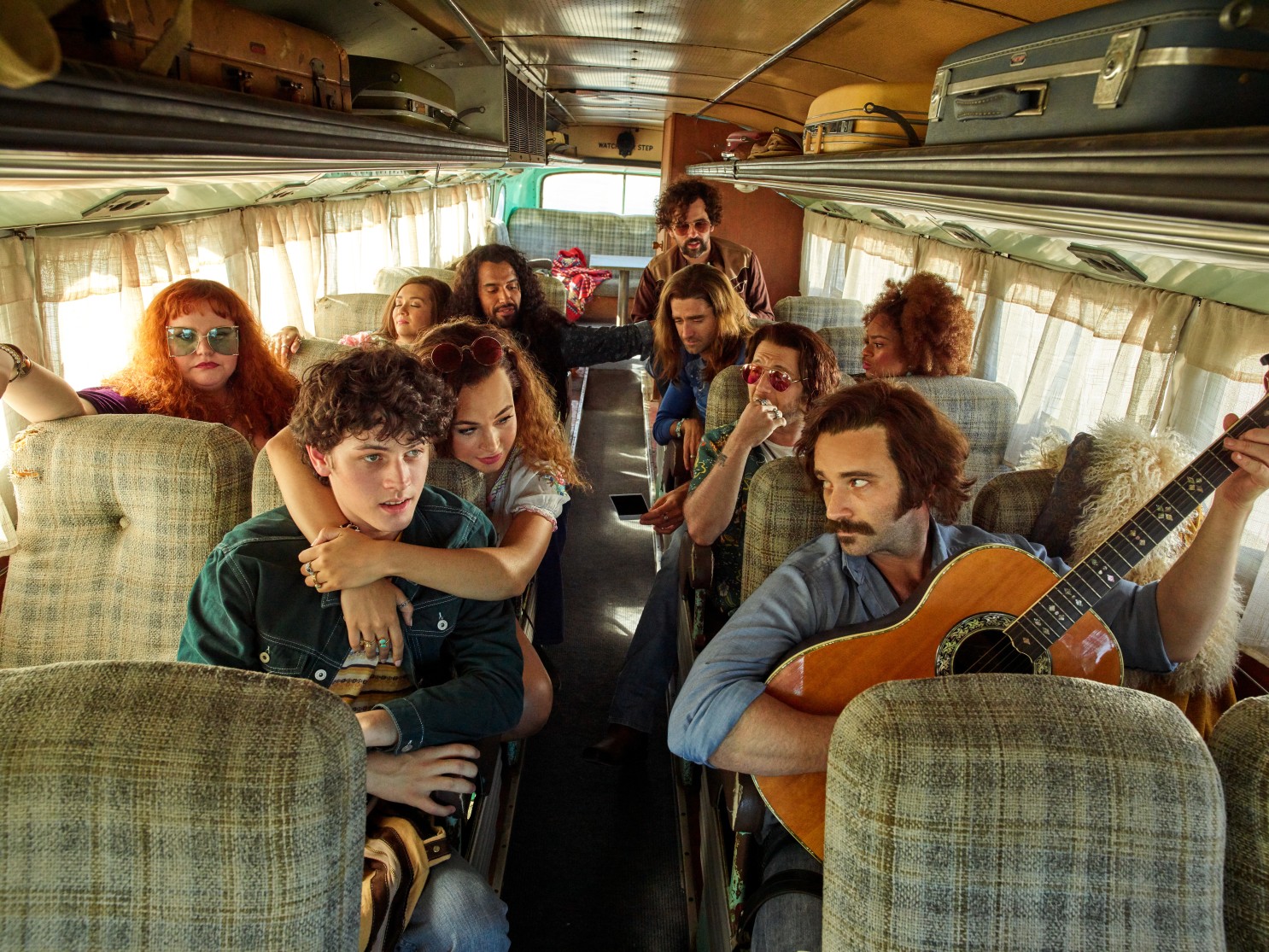 The movie follows 15-year-old William Miller (baby-faced, mop-topped Patrick Fugit) as he finds himself on the road with the up-and-coming rock band Stillwater, tasked somehow with writing a story on them for Rolling Stone magazine. This scenario may seem unbelievable, but it’s basically a true story: Crowe himself went on the road with the Allman Brothers for three weeks at 16 and ended up writing a cover story on them for Rolling Stone. He apparently cribbed many of the best-known scenes in the movie directly from that experience (he really did see a tripping Duane Allman jump off a third-story roof into a pool, just as Billy Crudup’s character does in the movie). Also based on Crowe’s life is the overbearing college professor mother played by McDormand, who repeatedly calls hotel front desks where he’s staying to remind him not to do drugs and eventually announces in front of her class that “rock stars have kidnapped my son!.” Crowe’s real-life mother even showed up unannounced, decades later, to the set of this movie, to “check on him.”

At the time this movie was shot, the only two stars of any kind in it were McDormand and Philip Seymour Hoffman (as rock journalist “Lester Bangs,” who occasionally advises William over the phone not to make friends), but it is full of great casting of people who would become much more famous in small roles. Zooey Deschanel as William’s rebellious older sister (who announces, “This song explains why I’m leaving home to become a stewardess,” puts on a Simon & Garfunkel record, and stares at her mother), Jimmy Fallon, Rainn Wilson, Jay Baruchel, and Eric Stonestreet all appear in brief but memorable roles. The main part of the movie shows William and the band drifting through a cross-country tour, worrying about whose face is bigger on a T-shirt, getting electrocuted, going to random Topeka house parties, and, most prominently, dealing with groupies. Kate Hudson plays “Penny Lane,” the “legendary” “band aid” who has a turbulent relationship with Crudup’s guitarist and for whom William falls. Hudson, the daughter of comedienne Goldie Hawn, became the breakout star and “face” of the movie, appearing on all the posters, DVD boxes, and soundtrack albums. She has an easy charisma in the role, but so do most of the people in this movie.

Compared to Crowe’s prior directorial effort, Jerry Maguire, Almost Famous was a disappointment at the box office, but it continues to be watched in a way many of its contemporaries (including Maguire) have not. That isn’t simply a result of rosy nostalgia and a solid and omnipresent Boomer Rock soundtrack, though I’m sure none of that hurts. The movie is full end to end of great moments and scenes, and I can quote from its dialogue at length. This essay could easily have just turned into me listing scenes from the movie. And so I’ll just mention one more here, the apex of the roadtrip, when the band’s plane nearly crashes and they all confess their sins to each other, thinking they’re about to die. It is one of my favorite scenes in the movies, bar none.

Crowe spent his younger years writing for Rolling Stone, and entered movies via screenwriting (we’ll get to his debut script, Fast Times at Ridgemont High, here shortly). After a swift rise to Oscar-worthy status, his post-Almost Famous work has been pretty uniformly disappointing. I’m sure we’ll find someone who wants to argue about one movie or another, but I’d argue he hasn’t really even made a good movie since (the “highlights” include Vanilla Sky, Elizabethtown, and Aloha). Certainly, Almost Famous was the story he really wanted to tell, and maybe that’s enough.

I hadn’t sat down and watched this movie in at least a decade, and when I did for this Film Festival I wasn’t sure if I was really in the mood for it, I wasn’t looking forward to it. It took maybe five minutes for the movie to win me over completely to its side again. It just has an inherent charm that I can’t really deny. I think it’s pretty much perfect, as what it is, though that thing is relatively insubstantial, a fun 1970s rock “dramedy.” In a year with the directorial showiness of Requiem for a Dream and throwback scope of Gladiator, it’s easy to see how Oscar voters mostly overlooked this movie. But if you either haven’t seen it or haven’t revisited it in a while, I certainly recommend it.